Invited Professor of the European University and Caucasus International University

Director of the Center for International Studies 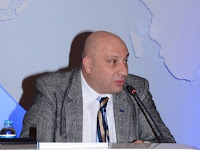 However, US President Donald Trump wrote on Twitter that the relevant reports obtained by US intelligence were not considered credible, and the Kremlin and the Taliban also denied reports that representatives of GRU - Russian military intelligence department  were paying money to the Taliban and offering to kill American soldiers. Anyway, there are many questions on this issue. Particularly, The main question is what motivates the Kremlin in this war-torn country?

Russia's interests in Central Asia and the role of Afghanistan before the terrorist attacks of September 11, 2001

It is true that Russia, unlike the Soviet Union, is no longer Afghanistan's direct neighbor, but it still has close ties with that country within last years.

According to many experts, the process, when Soviet Union staged a military coup in Afghanistan and invaded in the country in December 1979 and was conducting military operations within 10 years period -played a key role in the collapse of the world communist system and the Soviet empire in the early 1990s.

In the 1990s, when there was a civil war in Afghanistan, and since 1996, when the Taliban seized control over 90 percent of the country, it has been a priority for Russia to deter terrorism from Afghanistan to Central Asia, fight drug trafficking on the border with Afghanistan and by this way to ensure stability in post-Soviet Central Asia - which Russia sees as its sphere of influence. To achieve these goals, the official Kremlin has strengthened the Russian border units on the Tajik-Afghan border and deployed the 201st Russian Motorized Rifle Division and other units in Tajikistan. Than, Moscow collaborated with the military formation Northern Alliance. The latter, in its turn, controlled the northern part of Afghanistan.
After the September 11, 2001 terrorist attacks in the United States, Russia was one of the first countries who supported Washington in the fighting against terrorism. Accordingly, the Kremlin, within the UN Security Council, supported the US launch of a military campaign against the Taliban regime in Afghanistan and welcomed the overthrow of the Taliban regime in this country in December 2001.
Possible reasons for Russia to start competing with the US in Afghanistan

Despite the geopolitical confrontation with the West, more than a decade after the 9/11 attacks, Russian President Vladimir Putin has praised the anti-terrorist and peacekeeping operations carried out by the United States and its transatlantic allies in Afghanistan. However, Russia also had its own interests and insidious plans in Afghanistan. After the ISAF mission ended in late 2014, when the armed forces of the member countries of the mission left Afghanistan and the US significantly reduced its military contingent, the Kremlin intensified its efforts to undermine the US mission in Afghanistan.

These actions were partly due to Putin's aspirations to restore Russia's status as a superpower, so the main reason was to compete with the West in various regions of the world, including Ukraine, the Caucasus and later Syria. Furthermore, by the sending military contingent, Kremlin openly supported the current pro-Marxist president in Venezuela. Russia's covert support for Iran's nuclear program and North Korea's missile program is also noteworthy. Along with these countries, Afghanistan can also be considered as one of the main regions of the US-Russia confrontation.

In particular, at the end of 2015, the Russian president's special envoy to Afghanistan, Zamir Kabulov, spoke openly about contacts with the Taliban. In December 2015, he told Interfax that Moscow's interests in Afghanistan "objectively coincide" with the Taliban's interests in the fight against Islamic State, against which Moscow was fighting in Syria. Russian officials say that Kremlin was sharing intelligence with the Taliban against the Islamic State group. However, in reality, the main reason of Russia's support of Taliban is the latter's fight against the pro-Western government in Afghanistan, United States and the Western democratic world.
What does Russia want in Afghanistan?

Counter terrorism remains paramount among Moscow's declared interests in Afghanistan.
"The situation in Afghanistan has been one of the key issues of Moscow and Washington's agenda since we launched the Russia-US counter-terrorism dialogue in December 2018," Russian Deputy Foreign Minister Oleg Siromolotov told Interfax in May.

He also noted that the imposition of UN Security Council sanctions on the Afghan branch of the "Islamic State" in May 2019 was a "good example of effective cooperation with the United States."
Official Moscow says Russia and China support Washington's efforts to help end the war in Afghanistan through talks between the Taliban and the Afghan government.
But according to Hamid Hakim, a specialist at Chatham House in London, Russia is currently trying to establish its own patronage network in Afghanistan to gain an advantage over the US and China.

"This is the end of a brief period of US-led military intervention since 2001, when there were signs of a rapprochement between Moscow and Washington over the 'stabilization' of Afghanistan," he told to RFE / RL.

Unlike from Ukraine and Syria, it is unlikely that either the current Afghan government or the Taliban will at least welcome Russia's military presence in Afghanistan. The period of Soviet occupation is still alive in the collective memory of Afghans.

In addition, on the background of the pandemic and related economic difficulties, when Russia's revenues fell sharply as a result of the significant fall in world oil prices, Moscow may find it too much of a burden to finance another foreign military adventure.

Nevertheless, taking into account the Kremlin's ambitions, Russia is likely to play a limited and indirect role in supplying of arms or financing (or both) to militant and political groups benevolent to Russia. Russia is likely to remain distant but accountable regional power  in current issues, including Afghanistan.

For his part, Marvin Weinbaum, a former US State Department intelligence analyst, offers his view that Moscow is ready to step up its influence after the withdrawal of US troops from Afghanistan.

In an interview with RFE / RL, the US analyst said that "Russia sees a chance in the US withdrawal to increase influence to Afghanistan without making any serious commitments."
How will the confrontation between the US and Russia affect the formation of a future Afghanistan?

The debate over whether Russia really supported the Taliban in the military  action against US troops in Afghanistan, reaffirms some of the trends in the four-decade-long conflict in Afghanistan. In this case, it is possible to express the opinion on how easy it is to endanger the peace process based on diplomatic agreements and negotiations.

According to Weinbaum, the disputed issue is important for the current Russian-American relations, but it will not have a serious impact on Afghanistan itself.

"Apart from complicating cooperation between the two countries in promoting the peace process in Afghanistan, it does not matter much in shaping Afghanistan's near future," he said.
However, on the other hand, it is possible to assume that Moscow currently does not have the ability to thoroughly undermine the military capabilities of NATO and US in the different region of the world, including Afghanistan.

The main reasons of the US-Russia confrontation in Afghanistan

Although Russia agreed to cooperate with the United States and NATO on Afghanistan about ten years ago as part of its "reset policy" and agreed to allow US military and humanitarian aid to be transported to Afghanistan via Russia, it was clear that Russia was not actually interested in the resolving the Afghan problem. In this regard there were and are the following reasons, particularly:

The long-term US victory in Afghanistan will promote to strengthen US geopolitical influence in the Central Asian region, which Russia considers as its geopolitical sphere of influence;

In addition, the TAPI (TAPI - Turkmenistan – Afghanistan – Pakistan – India Pipeline) project is in the agenda with the purpose to build a gas pipeline from Central Asia to Pakistan and India via Afghanistan. In this case Central Asian states from post-soviet space will be able to implement the natural gas export to Pakistan with a population of 200 million and to India, which has a population of 1.3 billion (Turkmenistan and Kazakhstan are already exporting natural gas and oil to China respectively). It is expected to export about 33 billion cubic meters of natural gas to Pakistan and India. This factor will create the convenient base for the further weakening the Kremlin geopolitical influence in Central Asia. Therefore, Russia is interested in an unstable situation in Afghanistan as a potential transit country for energy projects;

At the same time, Russia is interested in continuing the conflict in Afghanistan, because Moscow believes that as longer the US-Western war in Afghanistan lasts, the more US military and economic resources will be depleted, which will naturally create additional problems for Washington;

Furthermore, the more headaches the United States and the West face in various parts of the world, including Afghanistan, Syria, Iran's nuclear program, or North Korea's missile program, the less official Washington will have the time and resources to be involved in the socio-economic and political processes on the post-Soviet space in favor of the strengthening the statehood and independence of post-soviet republics. From its turn, as it is known Russia has its own geopolitical and geo strategic interests on the post-soviet space;

It is noteworthy that the military defeat of the Soviet Empire in Afghanistan in 1979-1989 created some complexes in the Russian political elite, so Russia is interested in the failure of US and Western policy in Afghanistan, which will promote the decreasing the international authority of the west.

Overall, of course, the situation in Afghanistan will be significantly affected by the negotiations between the US and the Taliban, which can provide the peace in Afghanistan under taking into account different conditions by both sides. However, Russia will probably try to incite certain radical forces operating within the Taliban so that they do not stop fighting and continue to resist the US military.

Thus, the last terrorist act in Afghanistan having been implemented by Taliban (this organization took the responsibility for this act), which was held near the building of the national security directorate (June 13, 2020), as a result of which 10 representatives of the security service have been killed, can be considered as an example that some internal and external forces are interested in the escalation the situation in the country.

Popular posts from this blog

April 29, 2020
By: Nika Chitadze President of the George C. Marshall Alumni Union, Georgia – International and Security Research Center Director of the Center for International Studies Professor of the International Black Sea University In terms of social-economic aspects related to COVID 19, International Community is faced before the following sad reality. According to the International Monetary Fund, if humanity manages to defeat Coronavirus by the end of 2020, then the world economy will shrink by about 3%, which is a relatively optimistic scenario. By the other words, the world will suffer much worse if the international community fails to defeat Coronavirus by the end of this year. It is noteworthy that during the economic crisis of 2008-2009, the world economy shrank by only 0.08%.  As for the 3% decrease of the world economy during the year, it can be assumed that if according to today's data, the world's Gross Domestic Product
1 comment
Read more